Change to rush down strategies

"VAs are too strong!" "Evokers are too weak!" "Nerf Kinu!"
A place for all your ideas and woes regarding game balance.
Post Reply
31 posts

Change to rush down strategies

Rush down strategies when involving a lot of DPS and team wide crowd control (IE Knockdowns) can get very oppressive very quickly when people with stupid high initiative are taken into play, and can easily decide a 4v4 in a matter of round 0 due to AoE and massive momentum control.

It involves mostly strategies that make use of team wide crowd control as I mentioned, which includes some major problem cases like:
-Quaking Heaven Kick
-Sonic Shell Overcharge
-Vydel from Tarnada (This is a luck based chance thankfully)
-Lead Storm
-Especially Lead Storm with Ryesers while utilizing and overcharged sonic shell.

So here's what I think should happen, round 0 shouldn't be so influential as to how the match plays out, it shouldn't be a clean sweep based on who has the fastest magic gunner on your team, so I'd like for the following proposals to be considered:


Changes to momentum loss and rush down:

-Momentum can no longer go below 3 when reduced. (This prevents the use of various strategies that sort of lead to mini stuns, like Book Smack > Knockdown, or Ryeser + Knockdown)

-Battle positions at the start of a team match are altered dramatically (See: Picture below.)

-Knockdown cannot be inflicted Round 0 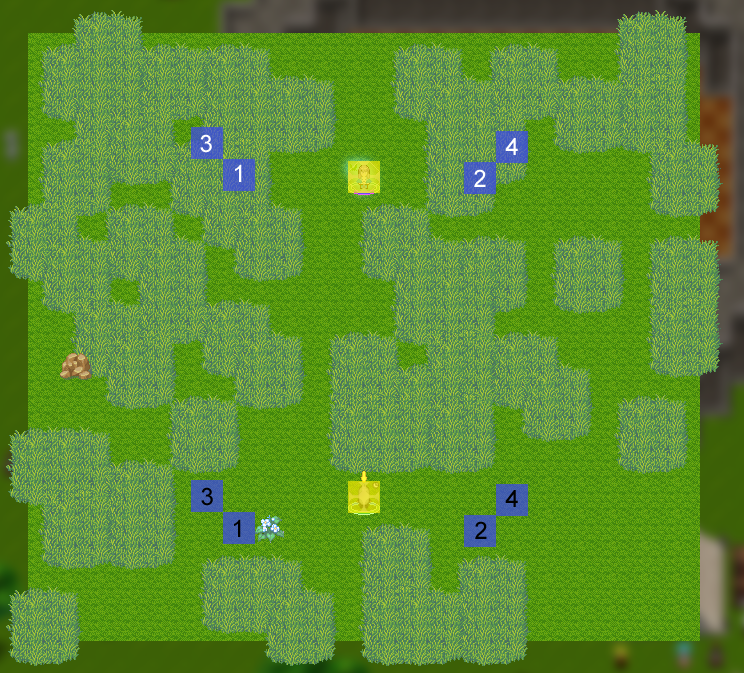 (Context, yellow denotes what 1v1s would appear like (unchanged) and Blue denotes what team fights would be using.)
Last edited by Spoops on Tue May 28, 2019 8:05 am, edited 1 time in total.

I find this to be a very healthy and efficient change in the long run. With positioning and conditions like these, it'd likely be harder to find stuff that breaks fights Round 0 in the future updates.

I'd say more, but I'd be repeating the points brought up in the post.

A very simple method I've seen other similar games use to solve this problem in PvP is to just increase HP during PvP fights. I'd be interested to see what people think of this idea.

I do like the idea of changing battles positioning at the start. The most ideal solution imo would be the ability to actually choose where you start, a short placement phase before the match starts.

I don't really have much strong feelings on the other suggestions, other than I feel like gimmicky builds should be able to keep their gimmicks.
Top

While I like the new battle positions, I also think it would be neat to choose which of the two (current and this layout) your side of the battlefield/team would prefer.

Sawrock wrote: ↑
Tue May 28, 2019 11:50 am
While I like the new battle positions, I also think it would be neat to choose which of the two (current and this layout) your side of the battlefield/team would prefer.

With a addendum that serious PvP battles should begin with the layout stated in this thread.
Top

The only reason I prefer the fixed positions even in spars is because if you can choose where you spawn you'd have people choosing the far corner in order to start spamming map wide invos like Enma's summons or divine shower, with no way to actually tell where people spawn that can quickly get problematic.

Not the exact position. A party pre-defined setup.

If you mean like, different party setups for different strategies I'd welcome that too, I just thought the above picture showcased one such fair method of divvying out people per side.

I am very open to discussion in this thread I'd like to hear if anyone has differing ideas on where they would prefer to start, its just this picture I posted received the most positive feedback from a few groups.

This idea seems like a fine change for me. Doesn't heavily disadvantage a whole team from the start of the battle and keep people from being locked out of what they can do in the case of these soft stun techniques.
I have nothing useful to contribute to this signature.
Top