When you run into a bug, you can post it here. Yes. -When-.
Please make sure you read the sticky!
Post Reply
6 posts • Page 1 of 1

Guardian Spirits seem to be bugged. In the sense that if you use them as a summoner, due to some unimaginable reason, they end up not having their actives or passives counted for Sync-Mind.

This notably only happened after I massaged the Youkai to its final level of Level 60. This wasn't happening from Level 10 - 59 and functioned as normal.

The Youkai in question is naturally, a Drowned Woman. I've tested in that I don't get Drown nor am I considered a Ghost (See: Holy Weakness doesn't affect me) while it's even the second Youkai on my list. I've tried making it my Singular Bonded Youkai via Contract Uno and even Contract Tres as my First, Second and Third Youkai to no avail.

I can still install it, however. Which functions as normal and gives me its active and passive ability as per install/sync-mind clauses. I can also still summon it as normal.

More of an update on this. I discovered that the HP of my Drowned Woman seems to fluctuate after every tick. I'd maybe say that it's using another instance of Drowned Woman to source or something which is messing up the stats? I don't know.

This is what it's like after every tick or rather, what it reverts to: 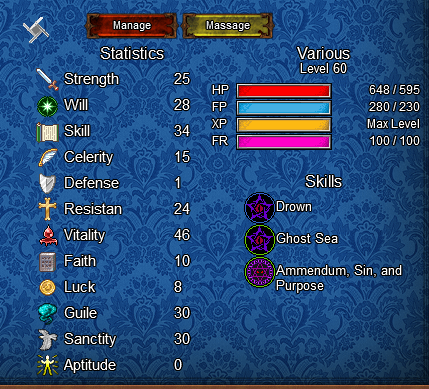 Here's what it's like when proper (After I view it once in the summon menu, after I summon it in a fight once) 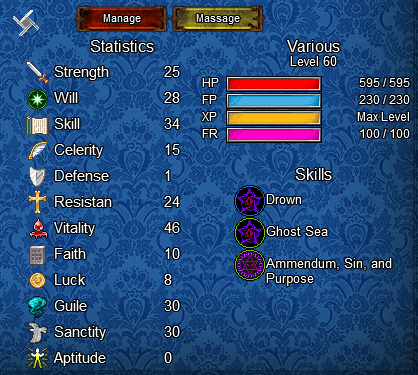 Notice the HP and FP differences. I'm unsure of why this happens still directly, though.
Top 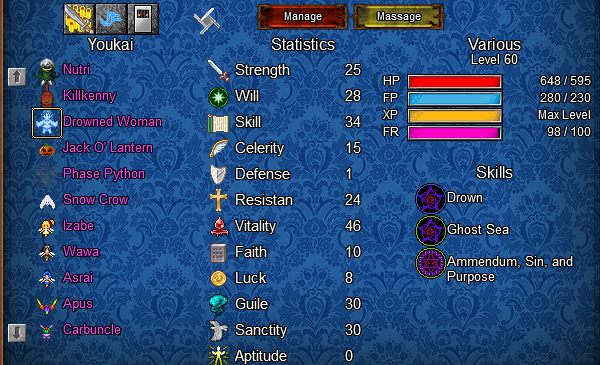 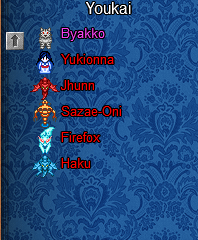 I don't have another Drowned Woman at all. It's still my Guardian Spirit as of now. If I remove it, i'm 99% sure that the level it's been grinded to will also disappear.

I have never had another Drowned Woman before this. This was a new character that I simply decided to get it as my Spirit for.
Top

Does this still occur?
Top

I can confirm that it still is and i'm still unable to use the skills via Sync-Mind. However, it does work on my other accounts still with no issues.
Top
Post Reply
6 posts • Page 1 of 1