If you want to make maps for the game, you need look no further than this forum!
Post Reply
18 posts

This has been a long time coming, but now that I feel like I'm at a good place to start, I'm announcing my plan on mapping out Karaten.

Not only that but I've decided to take an extra mile for this project because it'll be made almost entirely of my own sprites (exceptions will be mostly things for consistency sake like the Asago building, Mage's Guild, crafting furniture, etc.)

Thankfully most of the sprite work is already complete (so far about 2~3 weeks of work, not including downtime) so really this'll be mostly about mapping. (I'll include some sprite examples later.)


As for the plan on the map itself, it'll be segmented into parts:


Karaten is separated into several sectors; the public sector, where people arrive, with merchants and such. The mage sector, where mages approved by the city may receive special housing and services. And finally, the private sector, where the most loyal in Karaten dwell, as well as the military force.

With this in mind, here's the current plan:

- Section 1: Outside/Public Sector
The outside will contain a short, scenic run up to the front gate of the city, since this part won't be especially large or have anything functional, I won't plan on separating it from the first part of the actual city.

Inside the city is the Public Sector where you'll have access to your functional places such as the Mage's Guild, Asago (with some stalls out front of it), an Inn, shops like your Blacksmith, Pawn Shop, etc. As well as some areas reserved for potential ideas such as a Library or an Alchemist.

- Sections 2 & 3: Housing Districts
To the east and west of the Public Sector will be two areas specifically for housing. The number of houses isn't set in stone but the current idea is 15 for each (3 rows, 5 houses each), these places may also contain some small side-areas for RP purposes depending on ideas.

- Section 4: Mage Sector
North of the public sector is the Mage Sector. This area is mostly intended to place more unique buildings. (For example, Geistritter Headquarters, a building for the licensing and building of Mechanations, perhaps special buildings Dev might like, etc.)

There will also be a few more exclusive houses (some of which players may scoop up) to represent the special housing.

As for the Private Sector, I don't plan on mapping it since I imagine your average player wouldn't be welcome. At most, I expect there may be a gate in the Mage Sector with some gatekeepers to shoo you away.

Feel free to offer suggestions or ideas you might have.

This is exciting! Thanks so much for the hard work, Sly. I'm glad Karaten is receiving the attention it needs. 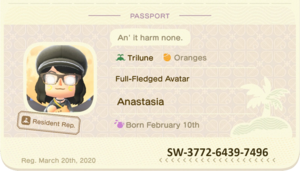 If I feigned any surprise I'd be a clear liar, I'm excited to see what you have in store outside of the icons though, I already know the icons are well done.

If I were to think about the forest, where people can get the scars to make the mechanation, but oh boy I'll move to Karaten and then enjoy my day, (but I am not sure if its in ground or in the sky, but I might forgot), but I when this is out, I wanted to have a Licence just to legally make my mechnations, but I will wonder what it be mechaniclly as I wanted to pay it with my murai.

Good luck with this project! I agree in that the private sector doesn't really need mapping if it's like that, people can always discuss with a GM if they're trying to do important stuff with the private sector anyway, In my opinion.

Good luck with this!
I have nothing useful to contribute to this signature.
Top

Just a little progress update since it's been a little while and it'd be a good opportunity to show what to kinda expect.

Not bad at all. Slowly but surely. Take your time and get the good stuff done.
Top 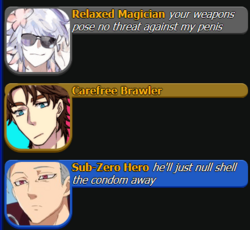